The Valtenesi is often referred to as the Mediterranean between the Alps. A poetic vision that sums up in a few words the pleasant climate, which is particularly favourable to the cultivation of vines and olives despite its location in the cold north of Italy.

The origin of its name is still debated and unknown. Some claim it derives from Vallis Atheniensis, because legend has it that a colony of Athenians settled here, but also that there was a temple dedicated to the goddess Athena in Manerba. Others maintain that the name derives from the parish church of Manerba, called “Tenense”, and that later the whole area around it took the name of Valle Tenense. A final, less poetic hypothesis suggests that the name Valtenesi originated in the Middle Ages from Valle delle Tese, meaning the valley of the places where birds were caught in nets. 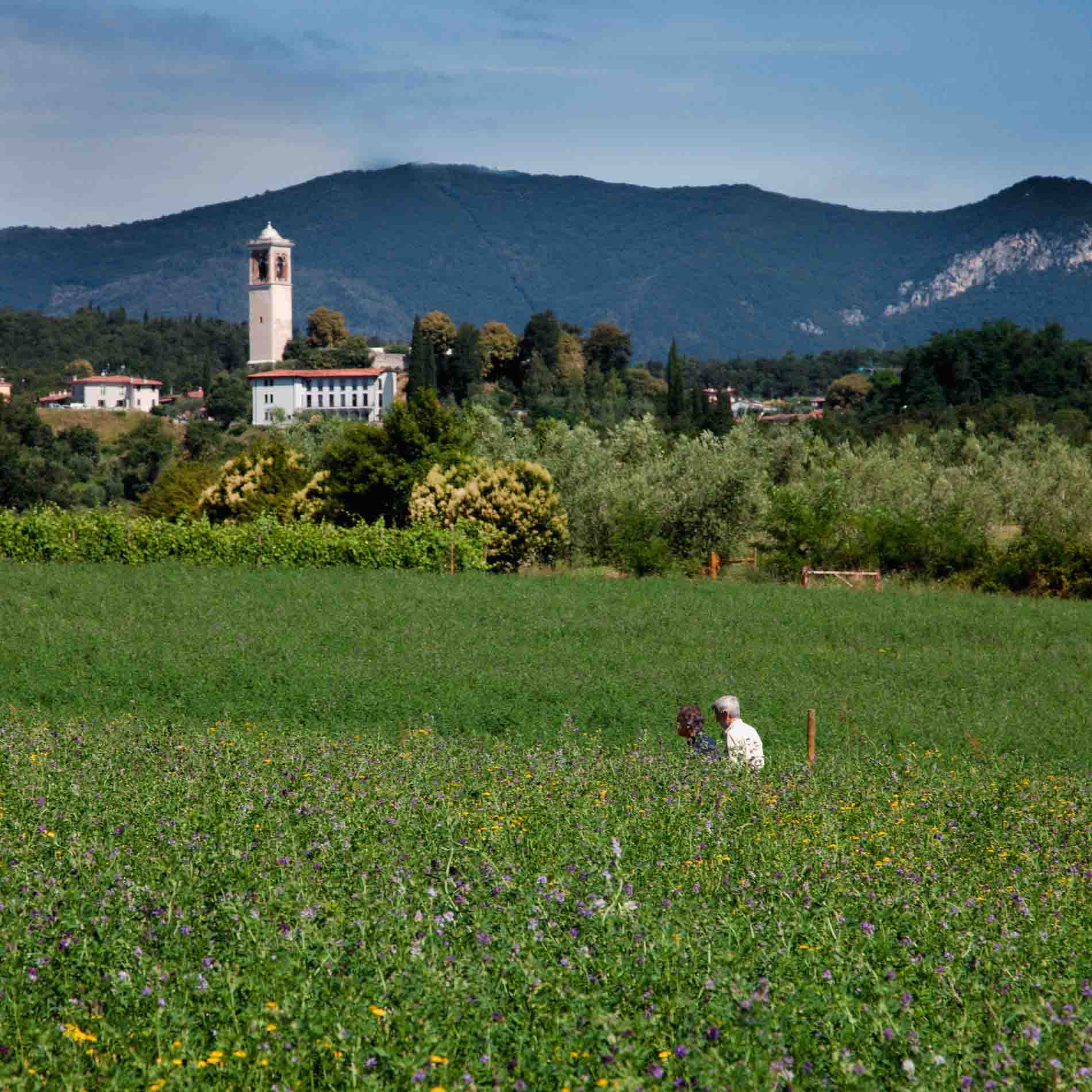 The climate is also due to the mitigating action of Lake Garda, of which the Valtenesi represents the initial part of the Brescian shore, which then continues northwards to the border with the Autonomous Province of Trento. This is an area rich in history, starting from the gentle hills that characterise the landscape and that were formed thanks to the morainic deposits generated by the withdrawal of the great glacier that occupied the area where we now find the lake.
It is an area with an agricultural vocation, but also a tourist area in summer, when its beaches and hinterland are filled with tourists, mainly from northern Europe.